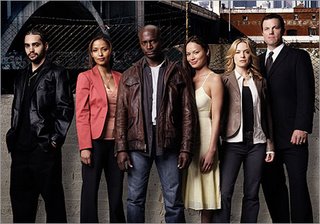 Unfortunately this post isn’t about a show about zombies (which would probably be awesome for at least the first season), it is actually about the television show Day Break that premiered on ABC Fall of last year. iphone 7 plus case marble After a few episodes, ABC took the show off due to its surprisingly low ratings. I say surprisingly low because the show was great. You’d think with its Groundhog Day-esque premise that it would be hard to have interesting mysteries and story arcs in each episode but the show and its writers did an excellent job. Each episode would expand as well as clarify some points from the previous ones and get you closer to the concluding 13th episode. tech 21 cases iphone 8 However, ABC promised to start showing new episodes on their website and finally they’ve made good on it. January 29, ABC put 3 new episodes up and has been adding new episodes as the weeks go on. I think they’re up to the 6th new episode now. Of course they did this with no fanfare. iphone 7 plus floral phone cases How do you advertise for a show that you’ve already canceled (but still have to finish making because you’ve already sold the international distribution rights)? Still, it wasn’t until last night that I realized the new episodes were up. lux iphone 7 battery case I am sad that I never got to catch any of the episodes in HD. All I can hope is that it’ll eventually come out on Blu-ray and that I can see it in that way. So yeah, if you never watched the show, I believe they have all the episodes so far online. The pilot and the second episode are a great two hours of television that I strongly recommend. Consider it a free movie rental with another 5 free rentals following it. savfy iphone 6 battery case You just have to watch it on your PC. black glitter iphone 8 case If they would just support streaming to my TiVo, I’d already be watching this. Maybe then more shows could keep shambling on even when they’ve been deemed not successful enough for main broadcast slots.